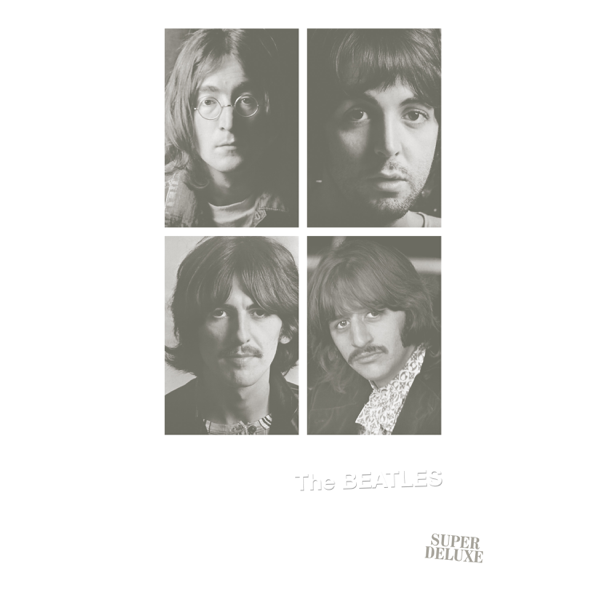 To no one surprise but to everyone’s delight, Apple Corps confirmed the release of 50th-anniversary editions of the Beatles’ “White Album.”

The album — technically titled “The Beatles” — will be released in November in four CD and vinyl configurations. The “super deluxe” set of choice sprawls across six CDs and includes an audio-only Blu-ray disc for the surround and high-res sound. It’s pre-ordering for about $100.

Bolstering the original 30 tracks — remixed by Giles Martin and Sam Okell to stereo and 5.1 surround — are 27 demos (widely known as the Esher Demos) and 50 outtakes. The outtakes are only available on the $100 set, spread across three “Sessions” discs.

The Esher Demos also come with the the four-LP set and the three-CD set. A double-LP version matches the classic original release, but employs the new stereo remix.

Some of the bonus material appeared as part of the “Anthology” series, but most of the tracks have not seen official releases. Bootlegs of the “White Album” sessions have been widely available for decades, of course.

Look for reproductions of the famed color photographs of each band member, the original poster as well as a 164-page hardcover book. (A minified poster comes with the triple-CD version.)

Giles Martin said of the new project: “One of the biggest challenges is you can’t make the ‘White Album’ sound too good and too high-fi because it ruins the spirit of the ‘White Album.’ ” At the time, the Beatles were trying to get away from the heavily layered and manipulated recordings found on the psychedelic offering “Sgt. Pepper,” from the summer of 1967.

The Esher Demos were recorded by the Beatles at George Harrison’s house in Esher, Surrey, shortly after their return from India. The versions found on the new “White Album” sets were sourced from the original four-track tapes. Nineteen of them made it onto the original 1968 double-album set.

Partly developed bonus tracks that were to surface down the road included “Mean Mr. Mustard,” “Polythene Pam,” “Let It Be,” “Lady Madonna,” “Across the Universe” and McCartney’s “Junk.”

MIA are the collectors’ holy grails “Carnival of Light” and the side-long jam version of “Helter Skelter.”

Beatles fans also have a super-deluxe version of John Lennon’s “Imagine” on the immediate horizon — set to street Oct. 5.